iMusafir.pk offer the cheapest Umrah Services across from Pakistan that includes Accommodation, Ziyarat of Shrines & different kinds of facilities and services. iMusafir.pk is one of the most Premium, Specialized and leading Umrah tour operators based in Pakistan with offices in almost all the prominent Pakistani Metros like karachi, Islamabad, Lahore, Rawalpindi, and Faisalabad. 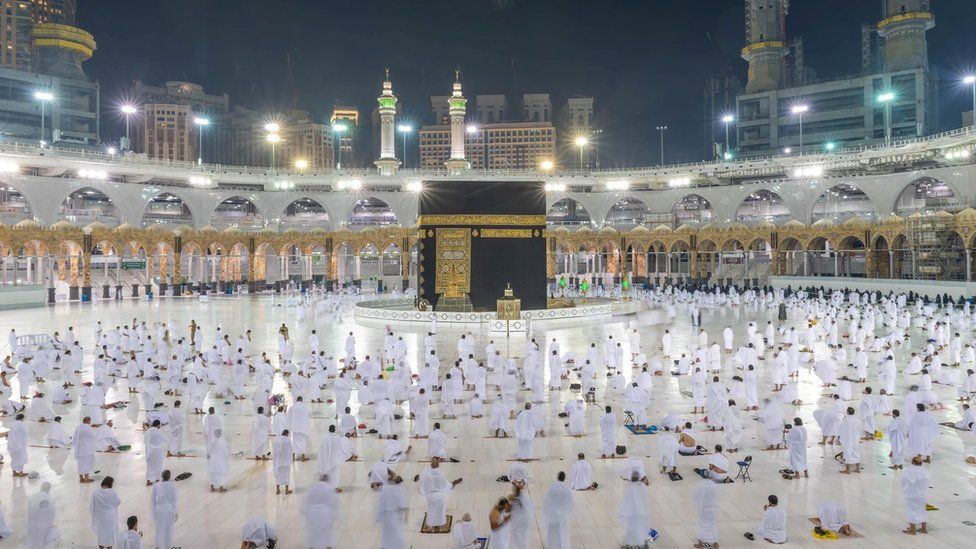 We offer personal guidance and attention to our pilgrims that make imusafir.pk exclusive and different from others. Whether it be at Airport in Pakistan or Ziyarat of Shrines in Saudia Arabia. Our extraordinary trained and competent staff make sure to deliver all of their services at their best even in cheap and affordable Umrah Packages. iMusafir.pk offer Custom packages according to your needs and suit your pocket. Standard packages, Executive Packages, 3 Star, 4 Star , 5 Star packages with the premium server. 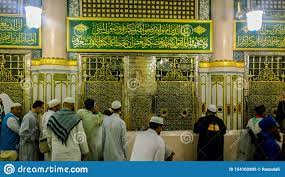 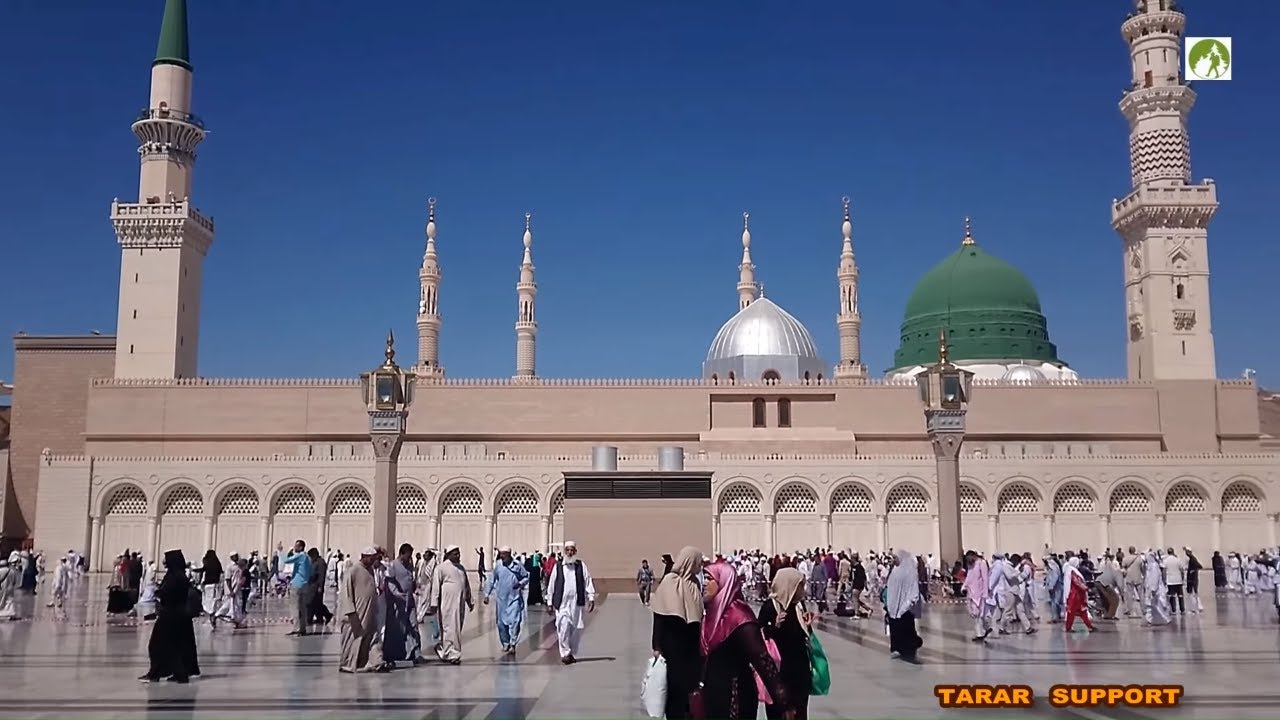 Pilgrims and Haji going to Umrah from Pakistan need to have valid passports for at least six months from the date of application. We offer direct or indirect flights to Saudi Arabia via different flights like PIA, Emirates, Saudi Airlines, Etihad, Gulf Airway, and many other good carriers.


Religious places to visit in Madina during Umrah:

1 Al Masjid al Nabawi:
After Masjid al-Haram, the second most important mosque is Al-Masjid an-Nabawi.  A prayer said here is equal to 1,000 prayers said in any other Mosque. It is critical for Muslims to pray here.
Various rulers have modified and renovated the an-Nabawi mosque over the years, enhancing its architecture. The mosques modern structure features a green dome, Rawdah ash-Sharifah or the Noble Garden, two mihrabs, minarets, and a minbar.
2 Masjid al ahzab:
It is one of the seven mosques in Madinah that have historical significance in Islamic culture. Masjid Al-Ahzab is well-known for being the site where enemies of the idol-worshipping Arabs and Jews attacked Muslims in Madinah. The Prophet made a Dua at the western corner of Jabal Sala, which brought him victory during the battle of Ahzab. It was also known as Al-Fath because the Qurans Al-Fath Surah was revealed here. It has been built and rebuilt numerous times.
3 Quba Mosque:
Masjid Quba is one of the oldest mosques in Madinah, making it one of the most important places to visit during Umrah. It was founded by the Prophet after he migrated here from Makkah. As a result, it enjoys a high regard among Muslims. Many people regard it as the third most important shrine in Saudi Arabia, and many Muslims consider it a must-see while in Madinah. According to Islamic historical sources, it was built around 622AD, and it was here that the first Friday prayer was held. The prayer was led by Prophet Muhammad (PBUH), and he later visited it every Saturday to pray.
4 Al Madinah Museum:
This is the citys first and oldest museum. It tells the story of Islams history, heritage, and rich culture. It re-examines the events of Prophet Muhammad s life (PBUH). Even seminars on his life are held at the museum. It is open to the public from Saturday to Thursday. It has large models that simulate the construction of several landmarks in the city. The museum displays rare pieces and artefacts from the citys rich history.
5 The Garden of Hazrat Salman Farsi RA:
Prophet Muhammad planted around 300 date palms here in order to free Salman Farsi (RA) from slavery. He was a Persian slave sold in the slave market and taken to Madinah from a wealthy family. It is close to Masjid Quba and still has a lot of date palm trees, which adds to its beauty. There is a date shop in the garden where you can enjoy a hot steaming cup of tea while surrounded by greenery. It is one of the most beautiful religious sites in Madinah to visit during Umrah.
6 Mount Uhud:
A mountain about 5 kilometres north of Madinah is the site of the Battle of Uhud. After being defeated at the Battle of Badr, Quraysh gathered an army to fight Muslims. It is the final resting place of the Prophets travel companions as well as his uncle. The top of the mountain provides a breathtaking view of all of Madinah. Every year, it has cavities that collect rainwater. In addition, travellers can see small markets in the mountains where they can shop and enjoy themselves.
7 Jannat ul Baqi:
It is a cemetery in Madinah where Prophet Muhammad s wives, daughters, and several companions are buried. As ad Bin Zararah (RA), the Prophet s travel companion, was the first person to be buried here. He passed away soon after the Prophet moved to Madinah. The Prophet himself is said to have chosen the cemetery. It is considered virtuous to visit this cemetery and pray to Allah, especially on Fridays.
8 Masjid Al Qiblatain:
The opulent and traditional structure of the Al-Qiblatain mosque, built by Sawad ibn Ghanam, is a sight to behold. It has a massive prayer hall and is famous for its twin Mihrabs. According to legend, Allah gave the Prophet a command here to change the Qibla from Jerusalem to Makkah. During King Fahds reign, it was demolished and rebuilt in 1987. The prayer niche facing Mecca was retained during the reconstruction, while the one facing Jerusalem was removed. It is one of the most beautiful places to pray while visiting Madinah.
9 Madina Media Museum:
The museum houses artefacts that shed light on Islam, its spread, and the events that followed. It is a journey through Islamic history and culture, as well as the life of Prophet Muhammad (PBUH). Its exhibits include old photographs, paintings, a theatre, battle schematics, models of significant monuments, rocks, and other items. It is close to Masjid-al Nabawi and features a theatre that depicts the construction of the Mosque and the city. It also has schematics of famous battles, providing historians with the most up-to-date information.


Religious places to visit during Ummrah in Makkah:

1 Masjid Al Haram:
The worlds largest mosque, Masjid e Haram or Grand Mosque, can hold 1.2 million pilgrims at once. The black cubic structure Kabah and the famous well of holy water Zam Zam house the most sacred and dream place for Muslims. Every Muslim wishes to visit this sacred mosque at least once in his or her lifetime.
2 Mina:
Mina is a valley three miles east of Makkah that houses over 100,000 air-conditioned tents for pilgrims during the annual pilgrimage. The Jamarat Bridge id located in the valley of Mina where pilgrims perform another ritual of hajj Stoning the devil.
3 Muzdalifah:
Another sacred place in Makkah, Muzadlifah lies within the province of Makkah. It is a flat, flat plain between Mina and Arafat. Spending the entire day at Muzdalifah is a major hajj ritual. Pilgrims in Muzdalifah sleep under the open sky and rise early for prayers. At the top of hill in Muzdalifah there is a sacred mosque.
4 Cave Hira:
The renowned Hira cave, where Prophet PBUH received the first revelations of the Quran in 610 BC. The cave is located on Mount Al Noor, also known as Jabal Al Noor due to the enigmatic light that shines on the mountain at night. Prophet PBUH requires a secluded location to receive revelations from Angel Jibraeel. Cave Hira is where Prophet SAWW spends His time and meditates day and night, with provision for Himself.
5 Well of Tuwa:
Also known as Bir Tuwa, it is located in a Makkah valley that was once isolated and rugged but is now densely populated with buildings. Bir Tuwa is now limited to a well in Jarwal or Tuwa. After spending the night here, the Prophet SAWW washed himself in this wells water and entered Makkah. The term Tuwa refers to a pleated well. The well is located at the northern end of Makkah.
6 Factory of Kiswah at Umm Al-Jud:
The well-known factory that produces Kiswah, the cloth that covers the Holy Kabah. Kiswah is the most revered covering, a highly respected cloth in the Holy Mosque that you should explore while in Makkah. Kiswah has undergone several changes throughout its history as a result of economic and social factors.
7 Makkah Mall:
This luxurious mall is dedicated to providing a dynamic shopping and dining environment for all Makkah visitors. Saudi officials regard Makkah Mall as a one-of-a-kind, diverse, and important shopping destination for Muslim visitors. There is a wide variety of local and international brands as well as many excellent restaurants here. Makkah Mall is a fantastic place to visit and purchase souvenirs for family and friends.
8 Masjid e Aisha:
Masjid e Aisha, also known as Masjid e Taneem, is only 4.6 miles south of Makkah. All boundary points are close to the sacred mosque. When the Holy Prophet SAWW asked Hazrat Aisha RA to do so during the farewell Hajj, she announced that pilgrims must wear Ihram to perform Umrah.
9 Al wahba crator:
It is a unique location in Makkah, located to the northeast of the city. A one-mile-long crater is surrounded by 900-foot-high cliffs. It was once a volcanic activity site, but now its a trekking destination with plenty of palm trees along the cliffs. During the wet season, the cliffs base fills with water and transforms into a salt-pan in the summer.
10 Jannatul Mualla:
The sacred cemetery is located 10 minutes walking distance from Hoy Mosque and contains the graves of many of the Prophet s family members and companions, including Bibi Khadija RA (the Prophet s first wife), Qasim (the Prophet s son), Abdullah Bin Zubair, Abu Talib, Bint Abu Bakar, and other members of the Prophet s family. Everyone is welcome to pay their respects to the noble people of Islam by visiting the graves. Brand Name
iMusafir
Adventure Tour
Medina Tours
Starting From
PKR 35000
Availability
Available in Stock
Rating
4.9 out of 5 Based on 470