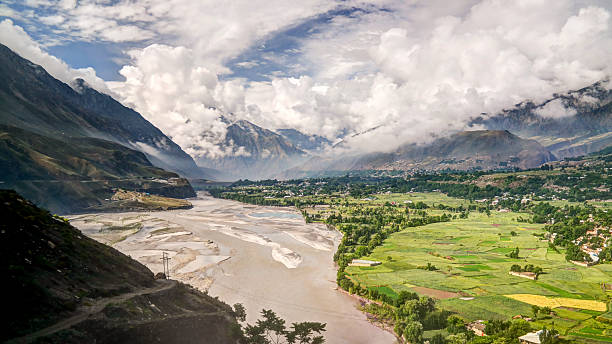 Chitral Museum was built in 2010 and divided into two sections. One is the ethnological gallery, and the second one is the archaeological gallery and Kalash. In the ethnological gallery, there are things related to an ancestor, i.e., furniture, instruments, jewelry, while on other sections of Kalash, one can see the cultural heritage and old times stuff. This Museum provides excellent and intensive knowledge about the historical and cultural aspects of Chitrals ancestor people. 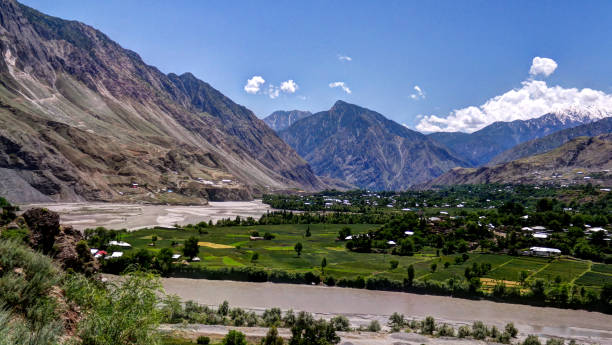 Shahi Masjid, which is a beautiful piece of architecture, was built in the 19th century. It is located in Chitral and considers as one of the distinctive mosques in Chitral. It was built on the orders of ul-Mulk’s in 1924. The pinkish walls, minarets frame, and white onion dome what makes it a must visited Chitrals mosque. This construction of this masjid represents the real culture and traditions values of Chitral. Tourists should visit this white marble and works of art to see the natural beauty of Chitral valley.

One of the highest peaks of all mountain ranges is Tirich Mir, which is also the highest in the Hindu Kush mountain range. This is almost at the altitude of 7,708 m (25,289 feet). What’s more, those who visit the Chitral Valley must witness the dawn and dusk at this summit. The fascinating view to capture in the eyes. Many hotels and resorts are here to help you capture this ultimate view.

Shandur Polo Ground is located a few kilometers from Chitral and a popular game in the region of Chitral valley. Every year, people from the national and international level come and enjoy the Polo matches. Almost a 4-hour drive from the Chitral Valley, the famous Shandur polo field, hosts international and national polo matches every year. Polo is one of the most popular games in the Chitral Valley. Also, there are other small plots of land in the town of Chitral. Shandur’s most famous polo field is the highest polo field of the world. Thousands of local and foreign tourists gather to witness this incredible game here.

Things to do in Chitral and Kailash

So. if you are visiting these valleys in the festival seasons. Then there are plenty of things you can enjoy. You can enjoy lovely weather, see colorful rituals and traditional clothes, sit, and enjoy natural views, hang out with local people, hike anywhere, trekking, etc. 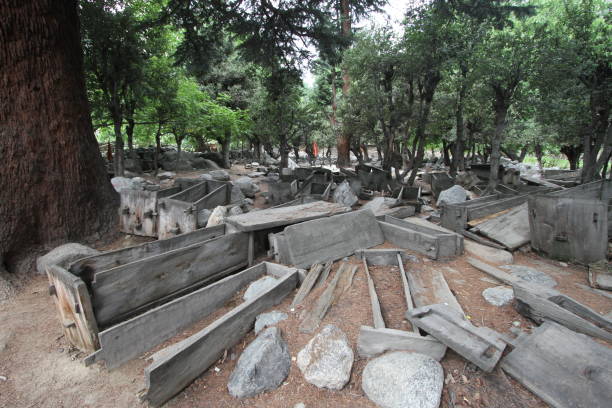 Chitral is a city in northern Khyber Pakhtunkhwa, Pakistan, on the Chitral River. Prior to its immediate inclusion into West Pakistan on August 14, 1947, it served as the capital of the Chitral District and the princely state of Chitral, which included the area. 49,780 persons were counted there in the 2017 census.
The Indo-Aryan migration into South Asia brought the Kho Chitralis to Chitral. They made their home in Chitral s northernmost regions, close to the Torkhow and Mulkhow Region.

There are roughly 414,000 people living in the district. The city is typically 1,500 metres above sea level (4,921 ft).
With warm, dry summers and very cold winters, Chitral has a warm-summer humid continental climate which is near to a dry-summer continental climate , with significant snowfall happening frequently in Chitral Valley. Chitral has had cold spells in the past, and the intense cold has claimed the lives of residents. The snowfall and fatal avalanches of Chitral are well-known. Due to its extreme narrowness and location in the tallest mountain range in the world, the road leading to Chitral is extremely hazardous. Although it was intended to have just one lane, it really has two.

Chitral is at its most beautiful in January and February. The longest daylight hours in Chitral, when it comes to time from sunrise to sunset, are probably in August. Avoid going to Chitral in April if you want to keep dry; it s the wettest month of the year.

How to Reach Chitral:

Yes, it is 414 kilometres to get from Islamabad to Chitral by car. Chitral may be reached by car in around 5 hours and 22 minutes from Islamabad.

Places to visit in Chitral:

1 Tirch Mir:
Tirch Mir, the highest peak in the Hindu Kush Mountain Range, is one of the highest summits in all mountain ranges. It is almost at a height of 7,708 metres (25,289 ft.). Additionally, everybody travelling through the Chitral valley must see the sunrise and sunset from this summit. Capture in your eyes the amazing scene. To help you get this perfect shot, there are lots of hotels and resorts around.
2 Chitral Museum:
Every location has a distinct culture and art form that has been preserved in various ways. The Chitral Museum sincerely protects the art of its ancestors so that it may be enjoyed by future generations. The Museum was established on July 8, 2010, with the primary goal of preserving cultural heritage for visitors.
The Ethnological Gallery and the Archaeological & Kalash Gallery are the two divisions of the museum. We come across the jewellery, tools, and furnishings that our ancestors used in the 12th century in its first portion. However, Kalash-related items exhibit Greek cultural heritage. Particularly, the matters that affect their God and Goddess.
3 Shahi Masjid:
The Shahi Masjid is a stunning piece of construction. The Shahi Masjid was constructed by Shujaul Mulk in 1924. Shujaul Mulk ruled Chitral from 1895 to 1936 and was known as the Mehtar of Chitral. The Masjid is a truly magnificent work of architecture, made of pure white marble and embellished with carved designs. The building s design accurately reflects the Chitral aristocracy s culture and traditions.
4 Shahi Qila:
You will come across the magnificent Shahi Qila as you enter the Shahi Masjid neighbourhood. Raja Nadir Shah s house was Shahi Qila, also known as the Chitral Fort, which was constructed in the 14th century. Shah Afzal II recently repaired it in 1977. Currently, Fateh-ul-Mulk Ali Nasir, the ceremonial Mehtar, owned the fort as private property.
5 Gram Chashma:
Gram Chashma is another favourite and well-liked location in the enigmatic region of Chitral. According to its name, Gram Chashma also provides hot spring water. Normally, Chashma is all cold water, but this instance is special. A 45-mile jeep trip to the north of Chitral will take you to the Gram Chashma. It is renowned for its healing abilities above everything else.
6 Barmoghlasht:
One of the well-known summer resorts in Chitral is Barmoghlasht, which is tucked away amid enormous mountains and lush greenery. From Chitral, it is located at a distance of 14.5 kilometres. The resort is ideal for paragliding in the summer and skiing in the winter, thus tourists choose to visit during both of these seasons. This resort experiences adventure throughout the year
7 Ayun Valley:
Ayun Valley is another valley in Chital that is situated next to the Chitral River. A serene picnic location in Chitral that is framed by enormous peaks and situated between the churning Chitral River and grassy land is the ideal place to unwind.
8 Shandur Polo Ground:
The renowned Shandur Polo Ground, which annually holds both national and international polo events, is located here and is only about 4 hours drive from the Chitral valley. One of the most played games in the Chitral valley is polo. There are also more smaller grounds in Chitral Town. The most well-known Shandur Polo Ground is regarded as the highest polo field in the entire world. Thousands of local and international visitors congregate here to see this amazing game.
9 Kalash Valley:
The Kalash Valley, which is well-known for its Greek mythology, is the most well-known valley in the Chitral district. The population of Kalash is a minority within Pakistan. They are unquestionably living their lives to the fullest and openly exercising their religion in Kalash Valley. Furthermore, the valley is around 34 kilometres south of Chitral. The Chitral valley is best visited between April and July, when the Kalash people celebrate their three distinct festivals.
10 Koghazi and Goleen:
It is 14 kilometres away from the Chitral Valley. The grassy ground, the tall fruit-laden trees, the uncommon spice of flora, the pleasant climate, the enormous waterfall, and the cold water of the stream leave anyone in awe of its enchanting ravishing beauty. This is a land full of wonder.

What to eat in Chitral:

Qalaibat a recipe that involves frying whole wheat flour in lamb fat. Shroshrp a kind of unsweetened halwa produced from wheat grain flour that has been germinated. Pushur Tikki A meat pie made from a loaf of tikki bread cooked with minced beef filling
Read MoreRead Less Chitral is the capital of the Chitral District, situated on the Chitral River in northern Khyber Pakhtunkhwa, Pakistan. Chitral also served as the cap...

Chitral is located in northern Pakistan. It is a beautiful valley to visit. It is famous for its events like Chilam Joshi, Polo and others. Plan your ...

Where is Chitral located?

Chitral is a beautiful tourist destination located in the northern Pakistan in KPK region.

How far is Chitral from Islamabad?

The Chitral valley is located on distance of around 263 KM from Islamabad.

How far is Chitral from Swat?

This distance from Swat to Chitral valley is around 256.3 KM.

Is Chitral safe to visit?

Yes, Chitral valley is 100% secure and safe to visit.

What is the best time for a family holiday in Chitral valley?

The months between March and August are best to visit Chitral valley for a family holiday. During this time, one can enjoy the arrival of spring when the entire valley witnesses blooming of flowers.

Is it safe to travel with family to Chitral valley?

Yes, it is safe to visit Chitral valley with family. As a safety measure, it is recommended to book your tour through a reliable and expert tour operator.

Will my mobile phone work in Chitral valley?

What are the best places to visit in Chitral valley?

What are your best tour packages for Chitral valley? Brand Name
iMusafir
Adventure Tour
Chitral Tours
Starting From
PKR 35000
Availability
Available in Stock
Rating
4.9 out of 5 Based on 293