Sikhism is a religion that originated in the 15th century in the Punjab region of South Asia. It is one of the youngest of the major world religions, and Sikhism has approximately 27 million adherents worldwide. Sikhism is based on the teachings of Guru Nanak and his nine successors. The central beliefs of Sikhism include faith in one God, equality of all humans, social justice, and service to others.

Sikhs have a long and rich history in Pakistan. The first Sikh Guru, Guru Nanak, was born in the Punjab region of Pakistan in 1469. The Sikh religion actually began in Pakistan and spread from there to India and beyond. Today, there are an estimated 20 million Sikhs living in Pakistan. The Punjab province is home to the majority of Pakistans Sikhs. Sikhs have made significant contributions to Pakistan over the years. Sikh soldiers played a key role in the Pakistan Army during the Indo-Pakistani War of 1947 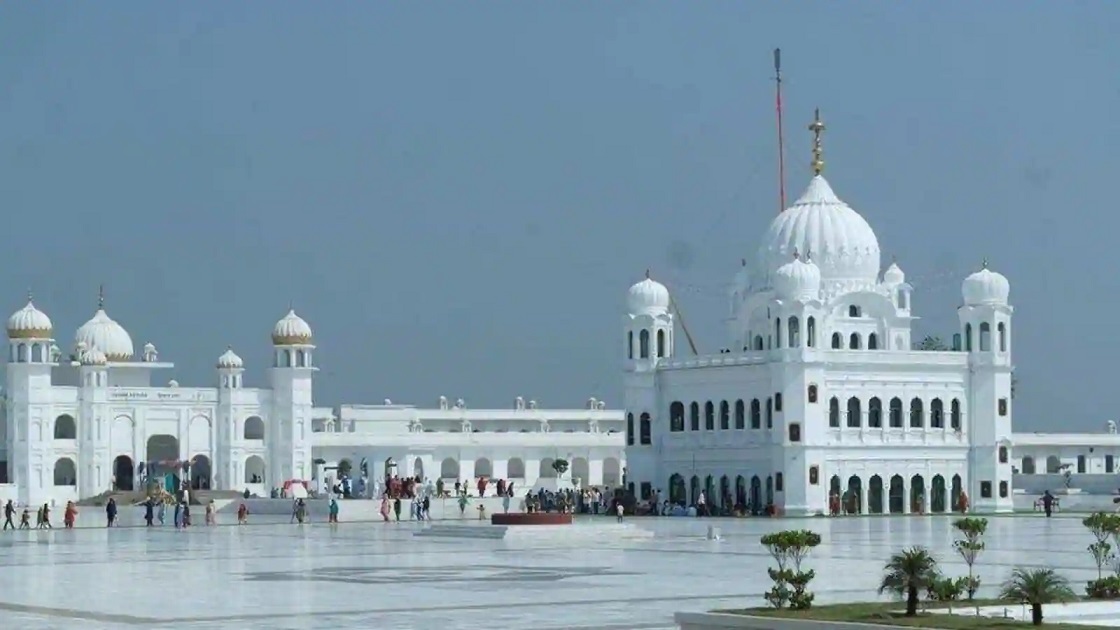 Sikh Tours to Pakistan Pakistani Punjab is considered a cradle of Sikh heritage, historical holy & Spiritual land of faith for Sikhs in Pakistan. iMusafir.pk offers different Yatra packages depending on your budget and the number of available days for Pakistan trips. Our cost includes a letter of invitation, Accommodation, Transportation and other expenses. We also book tickets and visas if you require them. After the inauguration of Kartarpur corridor by Pakistani Prime Minister Imran Khan, Pakistan opens its doors for Sikh pilgrims to Pakistan for the yatra (tour) of their religious holy Gurdwaras. 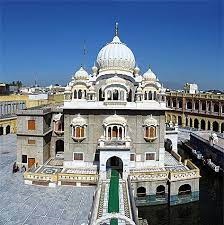 The birthplace of Guru Nanak Dev, the founder of the Sikh religion, was in the village of Nankana Sahib, which is today part of Pakistan. In Pakistan, there are about 195 Gurdwaras. The first Sikh guru, Guru Nanak Dev, constructed the first gurdwara in Kartarpur, Punjab, on the banks of the Ravi River in the year 1521. It is currently located in west Punjabs Narowal District (Pakistan).

The purpose of the worship centres was to provide a gathering place where Sikhs may listen to the gurus spiritual teachings and sing hymns in adoration of Waheguru. Guru Hargobind, the sixth Sikh guru, coined the term "gurdwara" as the Sikh community grew. The terms gur (a reference to the Sikh gurus) and dwara (portal in Gurmukhi), combined signifying "the entrance via which the guru might be reached," are the origin of the name gurdwara.

iMusafir.pk offer variety of Gurdwara Tour Package across Pakistan. Please find some of them below.

One of the most revered Sikh holy sites in Pakistan is Gurdwara Nankana Sahib, which is located around 75 kilometres southwest of Lahore. It designates Baba Guru Nanaks birthplace and is viewed as a replica of the house where he grew up and started preaching the religion. The large Gurdwaras compound is rectangular in shape and has a central plaza, the Saroor Sahib holy water pool, the Sardar Lachman Singh memorial, and a glass room housing the Sikh Shaheedi. Around 500 Sikh pilgrim accommodations are also included in the walled compound, along with a sizable kitchen, eating space, and sitting area where the devotees can unwind and eat their meals. Additionally, the Gurdwaras facade is covered with bright yellow paint. The primary entrance to the holy place is a regal golden door that is exquisitely engraved with holy texts and images of Sikh gurus. A memorial commemorating the Punjabi Sikh Sangat and an old tree were both erected in the main square. The main structure inside Gurdwara Nankana Sahib has a two-story design and white domes with floral bases and inverted lotus emblems on top. A significant area of the enclosure lacks a roof, and the floor is a flawless white marble that gleams brilliantly in the sunlight. Imran Khan, a former prime minister, officially opened Nankana Sahib University in Nankana Sahib in 2019.

One of the biggest Sikh holy sites in the world, Gurdwara Dera Sahib or Gurdwara Kartarpur Sahib is situated in the lovely town of Kartarpur in Tehsil Shakargarh. Additionally, Baba Guru Nanak spent his last years there. The 4.2-kilometer-long bridge between the Indian town of Dera Baba Nanak with the Kartarpur Sahib Gurdwara in the Narowal region was officially opened in 2019 by the government of Pakistan. Through this corridor of world peace and harmony, Sikh believers could cross the border to the Gurdwara without having to obtain a visa. To make the pilgrims stay easier, the Pakistani government also offered motel amenities.

The main complex of Gurdwara Darbar Sahib is spread out over 42 acres, giving it a total area of more than 400 acres. The remaining area of the property is used for amenities including swimming pools, community kitchens, plants, lodgings, craft shops, parking spaces, and other buildings. A holy well is also part of the compound; it was recently refurbished and made available to pilgrims. The fields were irrigated by this well during Guru Nanaks final years. The Sikhs consider its water, Amrit Jal, to be sacred. In addition, the Gurdwaras main courtyard is rectangular in shape and features four visually distinct entry points with elaborate marble archways. Furthermore, the entire area is roofless aside from the main building in the sizable courtyard. It goes without saying that Gurdwara Darbar Sahib is one of Pakistans most well-known landmarks.

Gurdwara Panja Sahib, which was constructed between 1780 and 1839 under the reign of Maharaja Ranjit Singh, is one of the most revered Sikh holy places in Pakistan. This magnificent building can be found at Hassan Abdal, which is 48 kilometres away from Rawalpindi. It is also regarded as a representation of harmony and serenity. Twice a year, both Hindus and Sikhs make pilgrimages to this Gurdwara. Additionally, this location has a distinctive past. The Gurdwaras name derives from the Punjabi word "Panja," which means "palm" in English. According to legend, Guru Nanak once frequented the location for meditation. Another holy man once threw a rock at him when he was meditating at the peak of the mountain. The founder of Sikhism was able to halt the rock, leaving his handprint in the process. This rock is still there and remains in its original position inside the Gurdwara. This Gurdwara Panja Sahibs architecture is likewise quite impressive. The majestic structure houses the main temple, a huge courtyard, a dormitory for pilgrims, and a pool. All guests staying at the hostel, which has 376 rooms, are given access to the temples kitchen for free for their whole stay. 2011 saw the addition of a sizable dining hall with a capacity for over 1,000 people to the main complex.

The old Walled City of Lahore is home to Gurdwara Dera Sahib, the pinnacle of Sikh architectural legacy. This Gurdwara sees a lot of visitors each year due to its proximity to the Badshahi Mosque and Lahore Fort, two of the most popular tourist destinations in the busy city. Guru Hargobind erected it in 1619, and Maharaja Ranjit Singh later added to it. To commemorate the sacrifice of Guru Arjan Dev Ji, who perished in the Ravi River that once flowed nearby, this Gurdwara was built. He was the fifth and founding Guru of Sikhism, and he was responsible for compiling the foundational Adi Granth. The sacred book, which is still kept in Gurdwara Dera Sahib and is regarded as a living Guru, preceded the line of the 10 human Gurus, which came to an end with Guru Gobind Singh Maharaj. The architecture of this huge structure, meanwhile, exhibits a flawless mix of ancient Mughal and Sikh forms. The elaborate artwork on its golden dome, which has frescoes, multi-foil arches, and inlay work, is obviously influenced by the famous buildings built during the reign of the Mughal Emperor Shah Jahan. Additionally embellished with carvings of flowers and paintings of Guru Nanak is its lovely dome roof.

To accommodate the pilgrims who travel from all over the world to the location, Gurdwara Dera Sahib features a square walkway as well as a community kitchen and dining room.

One of the most visited sights close to Gujranwala is the red brick Gurdwara Rori Sahib. The holy site lies in Eminabad, which is a good 15 kilometres away from the City of Wrestlers. Maharaja Ranjit Singh erected it as a memorial to the spot where Guru Nanak once sought sanctuary. The Gurdwaras main structure has three stories and three sizable domes. Bricks that have been carved and moulded across the entire construction add to its aesthetic attractiveness. Despite being smaller than some of the other Gurdwaras on this list, this location is nonetheless rather lovely. While the secondary construction is mostly white and only comprises of one hall, the fundamental structure is composed of red bricks. It also boasts a huge, distantly visible white dome. A rectangular courtyard connects the temples entrance to the Gurdwaras complex. The location has a pool for ablution as well. Additionally, the Punjabi word rori means pebbles or debris. The Guru Nanak slept here one night amid heaps of stones and other trash, according to Sikh legend. Although the exact date of the Gurdwaras founding is unknown, historians estimate that it was more than 200 years ago.

The lush green landscape surrounding Gurdwara Rori Sahib was well known for its vibrant Baisakhi festival before the partition in 1947. Sikh and Hindu visitors continue to frequent this holy spot in large numbers.

Gurdwara Kali Devi, another significant location for Sikhs in Pakistan, can be found on the main road just before the Topan Wala intersection in Dera Ismail Khan. This historic structures architecture differs significantly from that of the majority of other Gurdwaras in the nation since it lacks marble flooring and substantial domes. In contrast, it now more closely resembles the old Hindu temple that it once was. This Gurdwara was previously a shrine dedicated to the Hindu goddess Kali, according to mythology. When Guru Nanak came to the town, he made the choice to avoid the sacred building. The idol, however, is thought to have fallen to the ground as soon as he arrived at the town. It fell again after being quickly snatched up by the temple priest. They questioned if the idol was falling over because of the holy mans presence when they eventually learned that he had arrived in the area. Guru Nanak gave the priest a brief overview of the Sikh religion when he came to ask him about the occurrence. The priest soon joined his students, and the temple stopped practising idol worship. After a few years, Hindu priests returned to worship the idol there, and the structure came to be known as Gurdwara Kali Devi.

One of the most well-known historical sites in the former Walled City of Peshawar is Gurdwara Bhai Joga Singh, which was built by Hari Singh Nalwah, a notable general in Maharaja Ranjit Singhs army. It is situated close to the well-known Namak Mandi in Mohalla Jogan Shah Qissa Khawani. The Government of Pakistan reopened the religious site for Sikh pilgrims in 1980, despite the fact that it had been shuttered at the time of the partition. However, it urgently needs reconstruction and repair. This structure has a more than 200-year history. It was first established by a Peshawar-born companion of Guru Bhai Joga Singh. Years later, once the Khalsa Army had taken control of the city, Nalwah reconstructed the structure. A wealthy Sikh transporter by the name of Bahi Jay Mal restored and expanded the compound shortly before the partition, giving the location its current layout and appearance. Gurdwara Guru Bhai Joga Singh is still a sacred place for the local Sikh community despite its delipidated status. Baisakhi Mela is a mega event it is a religious festival, harvest festival and New Year`s Day all rolled into one. In April, this day marks the beginn... The Historical Gurdwaras located in Pakistan are an essential part of Sikhism and form an important part of the history of Sikhism. In fact the Sikh r... Brand Name
iMusafir
Adventure Tour
Hassan Abdal Tours
Starting From
PKR 35000
Availability
Available in Stock
Rating
4.9 out of 5 Based on 195