How to reach Swat Valley? 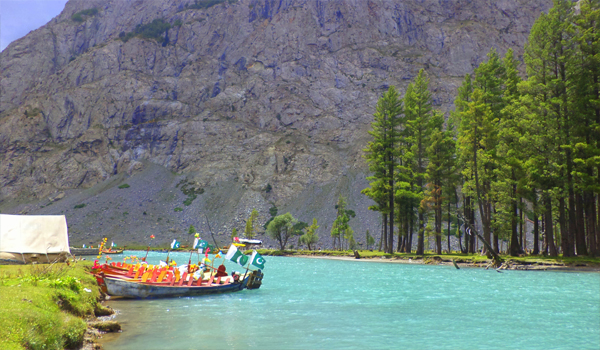 Places to visit in Swat valley

There are many types of hotels and restaurants in Swat valley according to the choice of tourists. These hotels are ranked as 2 stars, 3 stars, 4 stars and 5 stars. Some of them are here under according to the ranks.


2 stars hotels are frequently available in Swat valley which you can avail in very low budget.

3 and 4 stars hotels may also in large numbers which provided quality of services according to the budget ranges of clients and you can also book these hotels with our popular tour operator company named as iMusafir These hotels provide standard and deluxe rooms, quality of foods, internet service, coffee shops and cool and hot water availability.


In this beautiful valley you can get five star service because 5 stars hotels are available in Swat valley to fulfill the need of tourists. The 5 star hotels of Swat valley are as follows:

How to book hotels in Swat valley on cheap rates?

This is the most common question of most clients who are visiting Swat valley. The answer is that you can visit www.iMusafir.pk which is a popular and experienced tour operator company in all over Pakistan and other countries and you will find the contact and so that you can easily approach this company for your advance booking at the suitable time.

Why you have to book your hotels in advance?

Advance booking is very important because, in peak season, the availability of rooms according to choice becomes difficult. So it is a must to book your hotels and rooms in advance with www.iMusafir.pk. At iMusafir.pk, you can book your hotel rooms according to your budget ranges because there more than 500 hotels which are connected with this company for booking in advance at reasonable rates.

The Swat District is located in the naturally occurring geographic area surrounding the Swat River known as the Valley of Swat, or simply Swat. With pockets of Buddhism still present in the valley up to the 10th century, when the region mostly converted to Islam, the valley was a key centre of early Buddhism and Gandharan Buddhism during the time of the ancient kingdom of Gandhara. Up until 1969, Swat was a part of the Yusafzai State of Swat, a princely state with its own self-government that Pakistan inherited after it gained independence from the British Empire. The Tehrik-i-Taliban took control of the area in late 2007; Pakistani control was restored in mid-2009.

Swat population is 2.3 Million. The entire area of Swat is 5,337 square kilometres (2,061 sq mi). In terms of administrative divisions, Chitral, Upper Dir, and Lower Dir are on either side of Swat, as are Gilgit-Baltistan to the north, Kohistan, Buner, and Shangla to the east and southeast, respectively. In 1991, the status of a distinct district was granted to the former tehsil of Buner.  Mountains surround the Swat Valley, creating its own natural geographic borders. The Hindu Kush, which is 18,000–19,000 feet elevation and the source of the Swat River, runs the length of the area. Many sub valleys, including Kalam, Bahrain, Matiltan, Utror, and Gabral, make up the main area.

Swat can be visited any time of year, although October and November are the finest months due to the favourable weather, lower travel costs, and absence of the busiest holiday seasons. The average maximum temperature in the summertime is 14°C (57°F).

How to Reach SWAT:

Places To visit in Swat:

1 Kalam Valley:
The Kalam Valley, which is 99 miles away from the Swat Valley, is one of Swats most captivating and well-known locations. The lushly verdant hills and the Swat River are both present throughout the entire valley. The Kalam Valley is the most popular tourist destination in Pakistan, drawing visitors from all across the country and even from beyond. In Kalam, areas like Matiltan, Ushio, Usho, Utror, and Gabral are worth seeing; each has a special importance. These areas mild and lovely weather are the ideal setting for tourists. Winters in Kalam valley can be brutally chilly, and the best months to go there are April through September.
2 Kumrat Valley:
The Kumrat Valley is the next destination on the list; it is located one hour from Swat and roughly nine hours from Islamabad, the countrys capital. The Upper Dir Districts Kumrat Valley Falls are located directly across from the Gabral and offer an amazing view of the surroundings. There are also lots of streams and waterfalls in this area. If you enjoy adventure, this site is perfect for base camping, but if you do not feel comfortable with camping, there are resorts and hotels after a three-hour journey into the town. Every night, Kumrat Valley welcomes visitors with a breathtaking view of the sky, and one cannot help but gaze at it for a long time.
3 Madyan:
One of Swats most well-known hill towns is Madyan. Tourists that wander about Swat encounter something extraordinary that makes them feel a part of the valley. When it comes to Madyan, that mountainous region is what allows visitors to truly experience the allure of the Swat River. Because of the unique delight of trout fish offered at the location where you breathe in freshness, tourists adore visiting Madyan.
4 Bahrain:
Bahrain is another mountainous town along a river. Bahrain is the name given to this area since it is the confluence of two separate rivers. A sizable number of tourists frequent the area year-round, making it crowded. There are many hotels available for tourists, so accommodations are not an issue. The allure of the night and the refreshing breeze from the Daral and Swat Rivers can be enjoyed. Additionally, it serves as the starting point for the trail leading to the Daral and Saidgai lakes.
5 Marghuzar:
The well-known Marghuzar, a Swat village, will be encountered as you pass through the Swat valley. Particularly since it is home to the Swat Royal familys White Marble Palace, Marghuzar has a significant historical value. This palace was erected by Wali-e-Swat Jahanzeb in the early 1940s. When it snows here, the surrounding splendour of white makes one want to stay in the sky and forget about all of lifes harsh truths.

What to eat in Swat:

1 Chapli kbab:
Chapli Kebabs, sometimes referred to as Peshawari Chapli Kebabs, are a well-known and delectable Pakistani meal. It is a typical Pakistani dish that is frequently served with green chatni or imli chatni, a sauce made from mint and green chilies.
2 Kabuli Palaw:
A delicious dish is Kabuli Palaw or Afghani Pulao. It is a staple of Afghan cuisine that originates in Central Asia and is also the countrys national dish. Cauliflower, cabbage, carrots, and almonds are used to make it. Originally, it is prepared using sizable lamb chunks.
3 Sajji:
It is a delicacy with Balochistani roots. Rice is placed within the whole lamb or chicken, which has been marinated in salt alone and grilled over coal embers. It is served with a unique bread known as "Kaak," which is baked in a "tandoor" oven.
4 Bread:
In Swat, a variety of breads are sold. Chapatti, Naan, Kaak, Roti, Sheermaal, Taftan, Partha, Puri, and Tandoori Bread are a few of them
5 Shinwari Chicken:
It is a member of the Shinwari Tribe, which is present in Afghanistans Nangarhar Province and the Landi Kotal region of FATA. Meat, such as mutton, beef, chicken, or lamb, is used to make this dish.